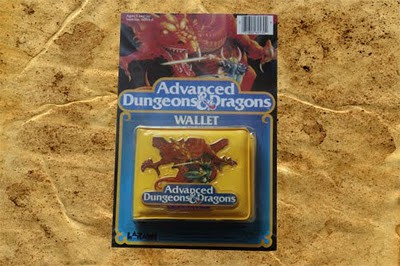 Three more 1980s TSR items made it into my TSR merchandise collection.

AD&D Wallet by Larami. Larami had a TSR license in the early 80ies and produced items such as handheld pinball games, a flashlight, pencil sharpeners, frisbees, and a bubbleblower. The wallet is from 1983 and still in it’s original packaging. 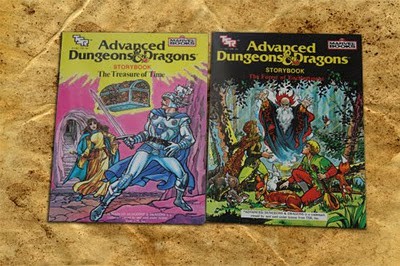 The Forest of Enchantment and The Treasure of Time are two storybooks that were produced in 1983 in conjuction with Marvel Books.