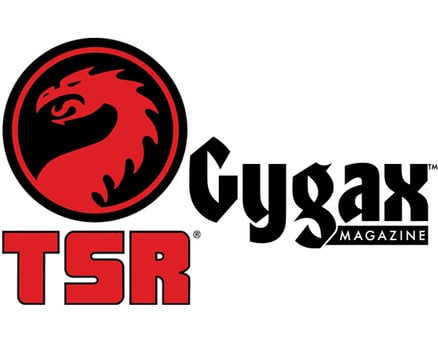 There’s been a lot of buzz in the community with the news leaking of a new gaming magazine called Gygax magazine, published by TSR. Forums were swamped by posts about intellectual property, the Gygax estate, legal issues and so on.

With the demise of Kobold Quarterly, I was quite happy to hear of a new gaming magazine, especially when I heard the names involved with the magazine were Luke Gygax, Ernie Gygax, and Tim Kask to name a few.

So what’s all this buzz about ? On Dragonsfoot Tim Kask talks about Gygax magazine, stating the magazine’s first issue will be released in December 2012, both in print and pdf format. The magazine will cover a wide variety of RPGs and strategy games, focusing on the games of today while preserving the traditions and history of the industry. The TSR trademark was registered in 2011 and refers to a new company, not associated with the old TSR of Wizards of the Coast.

On Gamers and Grognards Tim Kask reveals some of the contents of Gygax magazine stating the magazine will cover current independent and major publisher games such as Pathfinder, Savage Worlds, The One Ring, Shadowrun, Godlike, Labyrinth Lord, Marvel Heroic Roleplaying, Warhammer 40k Roleplay, Traveller, and others, as well as classic out-of-print games with a modern following, like AD&D, Top Secret, and Gamma World. He furthermore adds more names as contributors to the magazine : Phil Foglio, Jim Wampler, Jim Ward, Dennis Sustare, and many more.

Loremaster also has an interview with Luke Gygax about Gygax magazine in which Luke speaks of Gary’s legacy.

A part of the buzz was also created by Gail Gygax distancing herself from Gygax magazine in a note on Enworld. Hopefully this will be something that can be worked out in the future.

You can click here to be notified of news about Gygax magazine.

by Ralph on November 23, 2014
This year marked my first visit to Lucca Games in Italy and color me impressed. Any convention that can take over a complete city deserves a lot of respect. Lucca Games 2014 was held in Lucca, a small city located in Tuscany and dating back to Roman [...]
Comments
Leave a reply