The Monster Inside Review 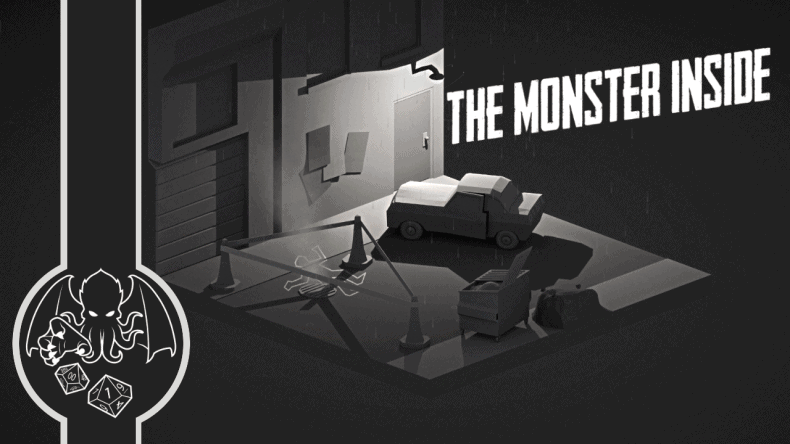 The Monster Inside is a free film noir themed audio-visual novella by Random Seed Games. The story only takes about 10-20 minutes to read/click through but combined with a beautiful soundtrack it breathes film noir. Free, short, and atmospheric. You can't go wrong with that.

The Monster Inside is a film noir themed audio-visual novel by Random Seed Games. The story, and I hesitate to call it a “game”, is avaible for free on Steam.

In the story private detective Jack takes on a case brought to him by Lilly, the mistress of the recently disappeared banker Reginald Farnsworth. The situation is made more complicated by the fact that Mr. Farnsworth’s wife has turned up dead two days ago.

As Jack continues his investigaton, more deaths and disappearances occur and Jack is confronted with a past he’s desperately trying to forget.

Despite being a short story with only basic graphic elements, The Monster Inside ticks off a good number of the Film Noir style elements.

The story is experienced through the eyes of a private detective called Jack. Pills, booze, and cigarettes all seem to be part of his day-to-day life. His counterpart in the story is Lilly, a young girl who serves as the femme fatale.

Both Jack and Lilly have a mysterious and dark past, but it’s mainly Jack’s past that gets the most attention through a few flashbacks in his mind. Despite his past, it’s clear that Jack wants to be and do good and is genuinely trying to help Lilly. Also other characters such as the Mayor or Police Chief and their corrupt schemes accentuate the noir vibe.

Other elements that help define the noir theme are the very simple black and grey graphic elements and scenes, and a beautiful slow jazzy soundtrack.

There’s not much gameplay to rate. You basically read the story and click on a “Next” button or a dialogue option. Choosing a specific dialogue option over another one doesn’t influence the story arc and at most, gives you one or two extra sentences to read.

Graphicswise The Monster Inside is portrayed in a number of black and gray scenes without any moving elements. When Jack investigates one of the three crime scenes in the game, you can hoover over the scene to find two clues which help advance the story.

Despite the simple graphics, the story still breathes film noir through its color contrast, the beautiful jazzy soundtrack and crisp writing. I couldn’t help myself hear the first-person narration in the voice of Sin City’s Marv.

As a source of Inspiration I immediately thought of The Monster Inside as a great story for Pelgrane Press’ Cthulhu Confidential RPG.

The Monster Inside playthrough