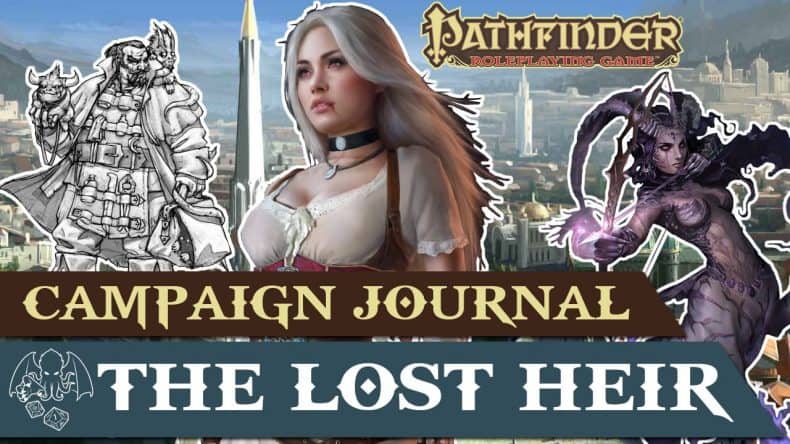 Welcome to The Lost Heir Episode 1 in which I will introduce the campaign concept. The Lost Heir will be a new series on the channel in which I provide a campaign journal of a series of games I’m playing with my good friend Koen.

The campaign is a one-on-one campaign, meaning 1 player and 1 GM, with the role of the GM alternating between adventures. This campaign was the result of a brainstorm session when both Koen and myself didn’t really have a group to play in. We then decided to just start playing, instead of focussing on finding other players.

The big premise for this campaign was that the characters needed a strong link in their backstories. As Koen wanted to play a character that could easily fit into any campaign, he kind of let me go wild with the backstory of my character. Even though the characters had an interlinked backstory which did influence decisions in the game, we decided to not heavily focus on that backstory in the beginning and just see where the roleplaying of the characters would lead us.

The ruleset we chose for the campaign was Pathfinder 1st edition and we decided to use their world of Golarion to play, with our preferred starting spot being Varisia.

You can buy the Pathfinder 2E ruleset through below affiliate links (as an Amazon Associate I earn from qualifying purchases):