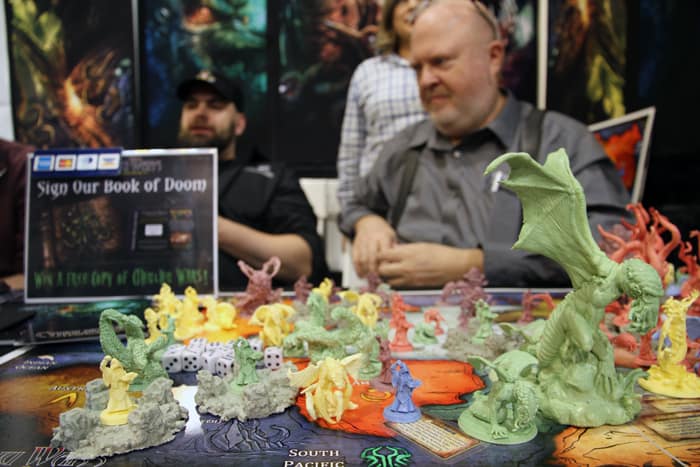 Here’s a look at my trip to Spiel 2013. Spiel in Essen Germany, is Europe’s biggest gaming convention covering toys, comics, boardgames, roleplaying games, LARP, and other games. The set up of the fair was changed a bit this year as they chose other (bigger) halls and to me it seemed to be a bit more spacious now. At least on thursday I had that feeling but it could be because there were just less people there at that time.

As I had heard that Sandy Petersen was going to be at Spiel, I made sure to head over and check out Cthulhu Wars. I wrote my name in the book of doom and promptly won a 20% discount on a purchase from the Petersen Games webstore. The Cthulhu Wars booth also had an Essen-only promo spellbook available that can be used for every faction. 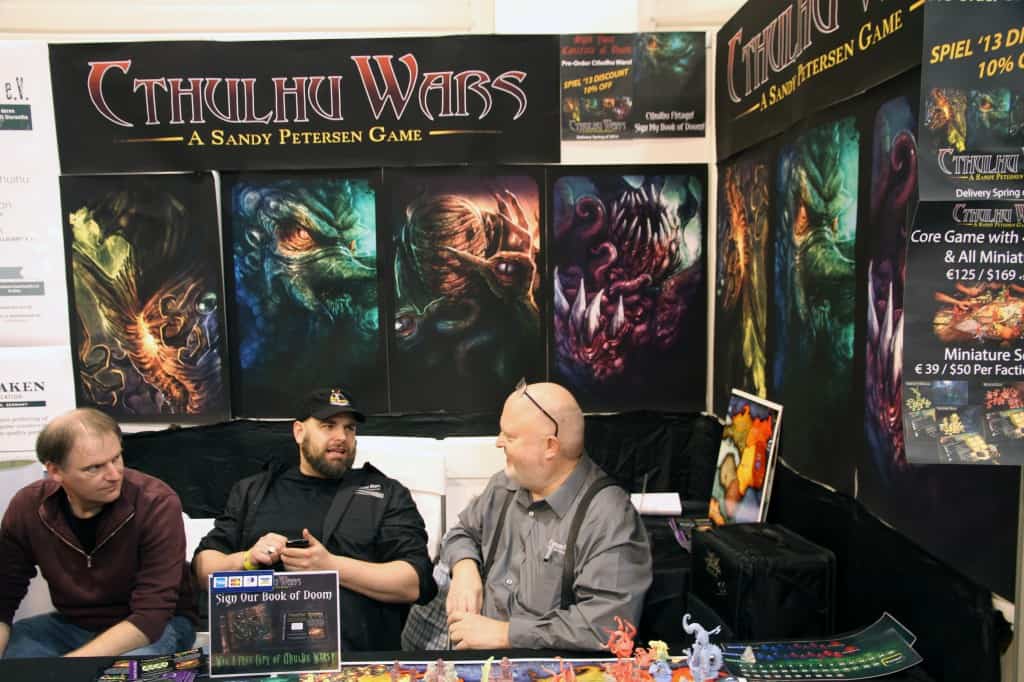 Below I’ll take a look at some of the miniatures as Sandy kept lining them up to be photographed. 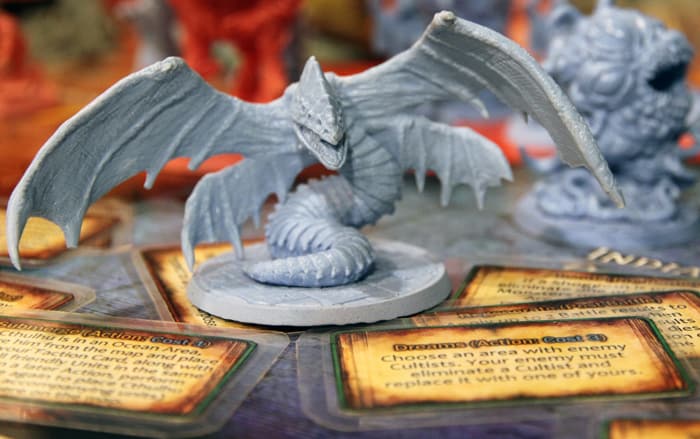 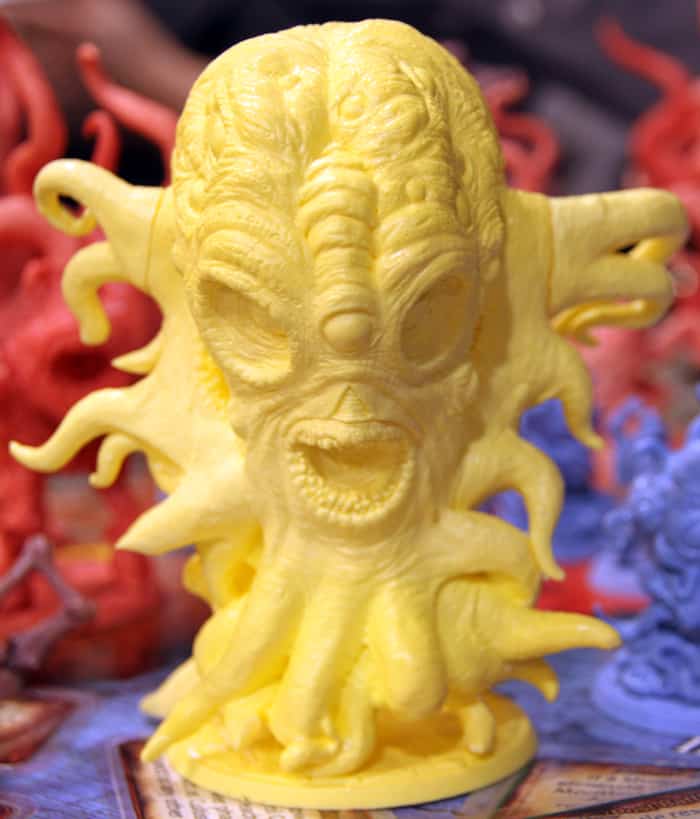 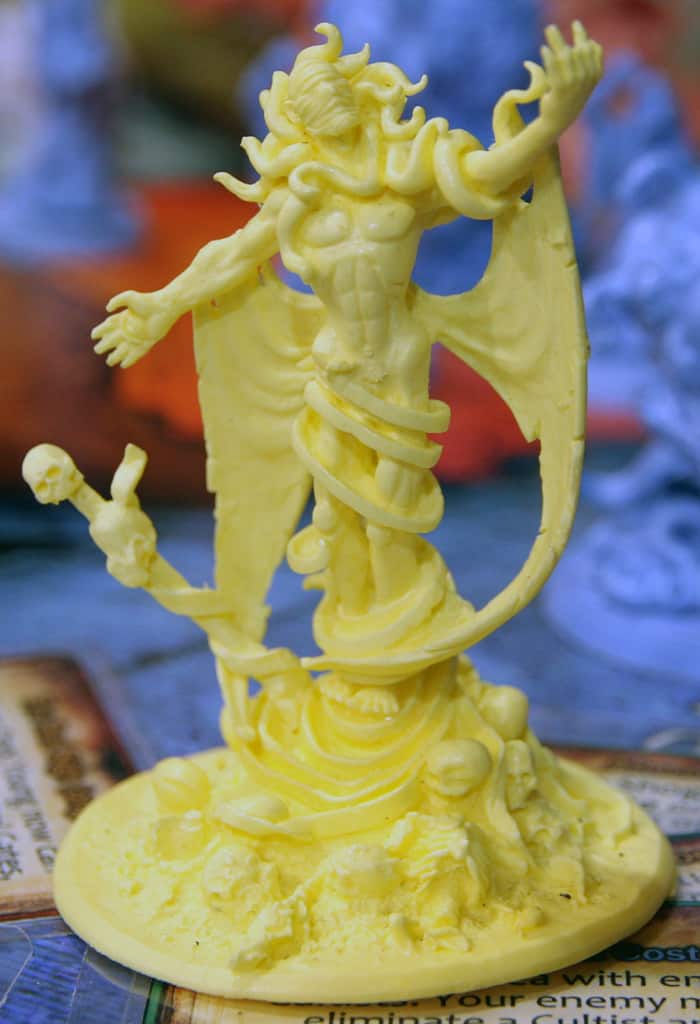 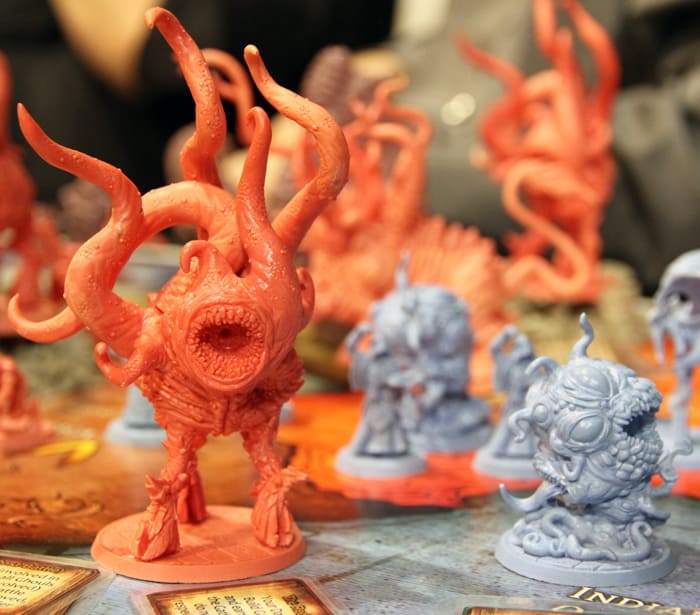 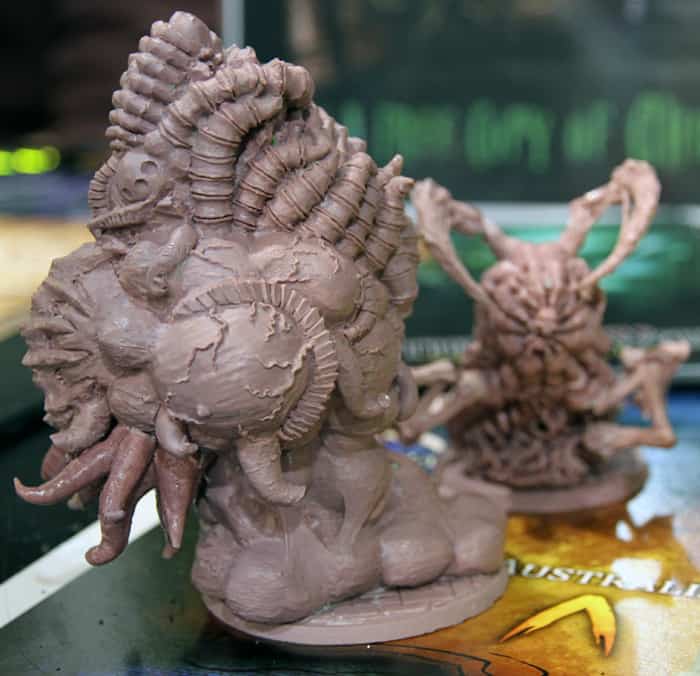 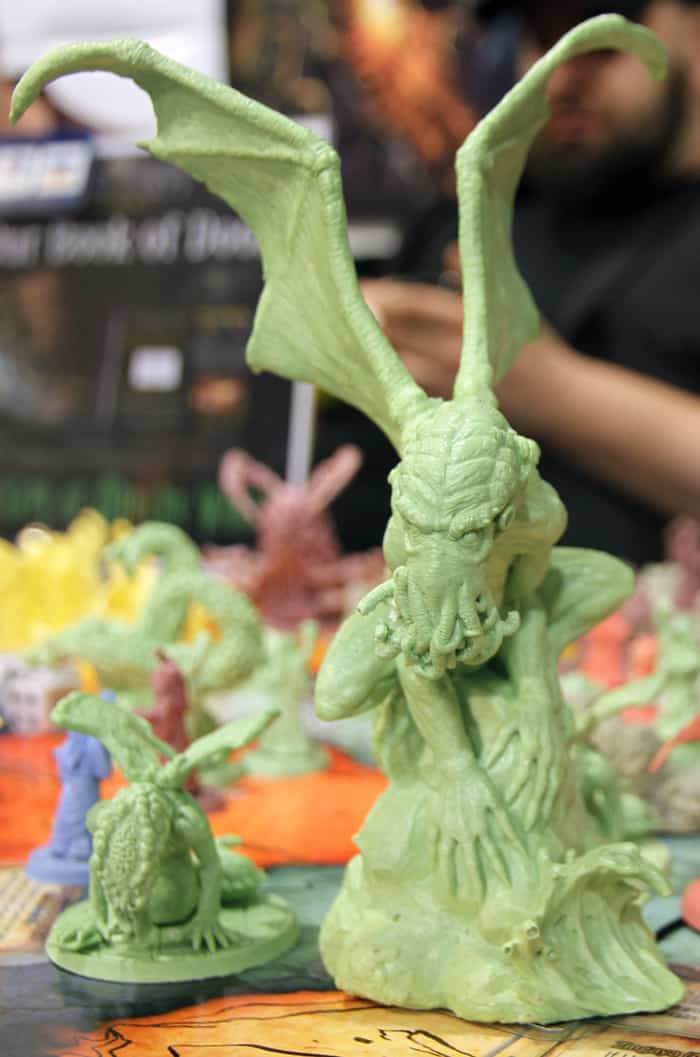 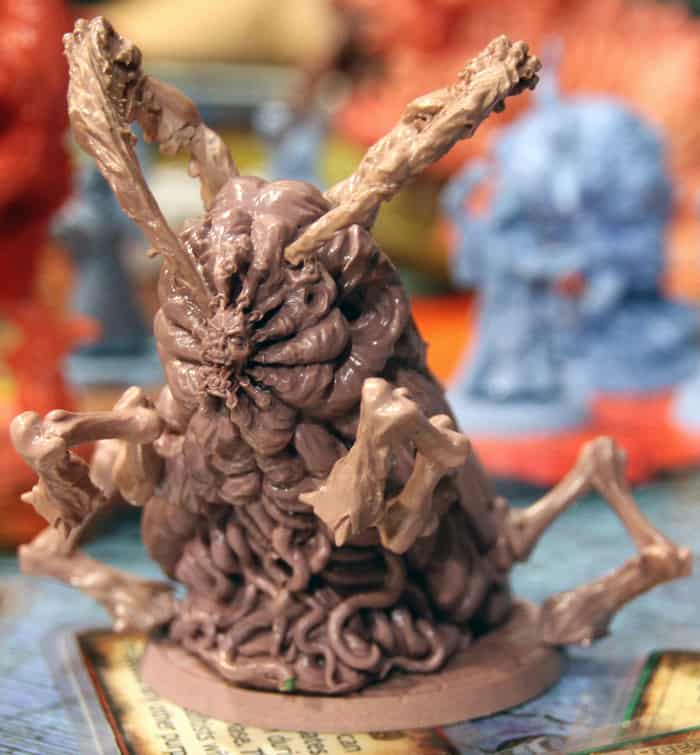 I also spent quite some time talking to Fabian, the organiser of The Kraken, a convention which will take place from the 20th to the 25th of August 2014. I went there last year and had an absolute blast so I’ll be there again next year, no doubt!

But my main reason for going to Spiel is getting new additions to my RPG collection. Below is an overview of the roleplaying books I added to my collection after this year’s Spiel : 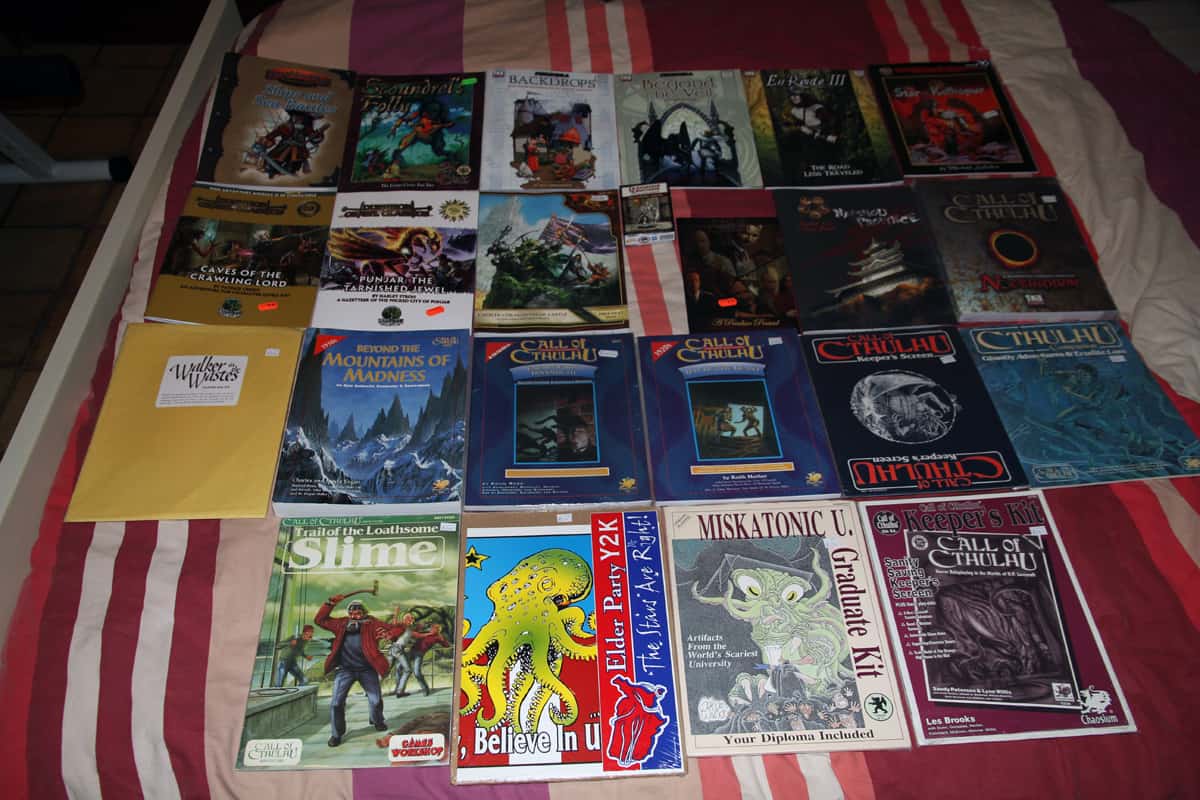 Spiel for me is always loads of fun. I really enjoy going to box after box looking for hidden treasures. Although the RPG booths have definately been reduced over the years and a number of them are asking full price with little possibilities of a nice deal, there’s still some great gems out there for which I return each year, Karen’s House Atreides being the number one pick every year !

And the absolute cherry on the Spiel pie : 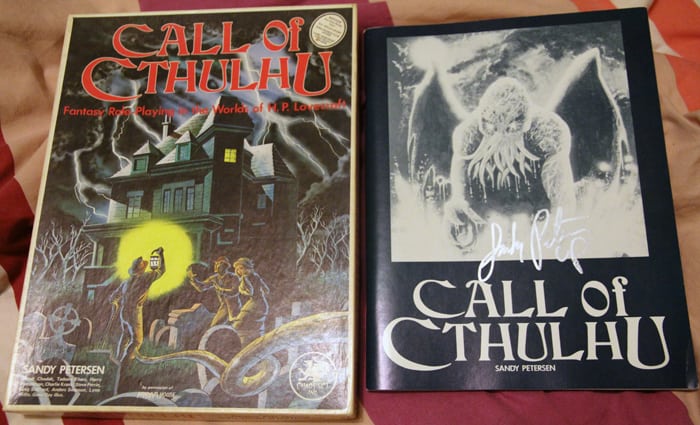