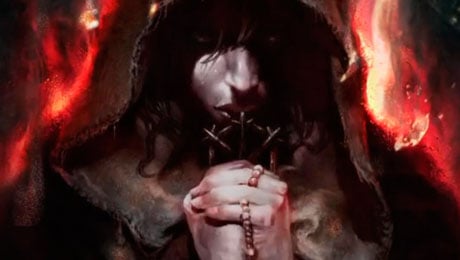 Shadows of Esteren is a medieval role-playing game with a horrific and gothic influence. Drawing inspiration from Celtic myths, this universe has a discreetly fantastic side hidden under a bleak, realistic surface. This world is populated with humans who have to struggle through tough daily lives, while facing a supernatural threat lurking in the dark. With the focus of its adventures being investigation and survival, Shadows of Esteren favors an immersive mood and interaction among the Players. As sources of inspiration Braveheart, Ravenloft, Sleepy Hollow, and Call of Cthulhu have been cited in the past.

After having completed 3 previous very succesful kickstarter campaigns, the team have now launched the Shadows of Esteren Tuath Kickstarter. Shadows of Esteren has won several awards already since being translated into english, amongst which are several golden ENnie awards and Diehard GameFan awards. It will not come as a surprise then that the funding goal of $20.000 for the Tuath book was reached in about 5 hours time.

I own over 2500 roleplaying books and the Shadows of Esteren ones are among the most beautiful books in my collection. And not only is the artwork amazing, the information on the world is also brought in a very narrative way. Reading the books is like reading fiction and that really immerses you in the setting.

Another thing I love about Shadows of Esteren is that they don’t restrict themselves to only roleplaying games. They have released two soundtracks for the game, are working on a video game, have organised an actual concert with an orchestra playing songs from their soundtrack, and for the Tuath kickstarter, they have added a boardgame. I wouldn’t be surprised if a few kickstarters down the line, they start working on a Shadows of Esteren movie!

And not only that, the team behind Shadows of Esteren are incredibly nice people. I’ve met some of them at Spiel Essen 2012 and they were genuinly thankful of all the support they were getting.

I’m currently backing the Shadows of Esteren Tuath Kickstarter at the Farl Collector level giving me what is depicted below: 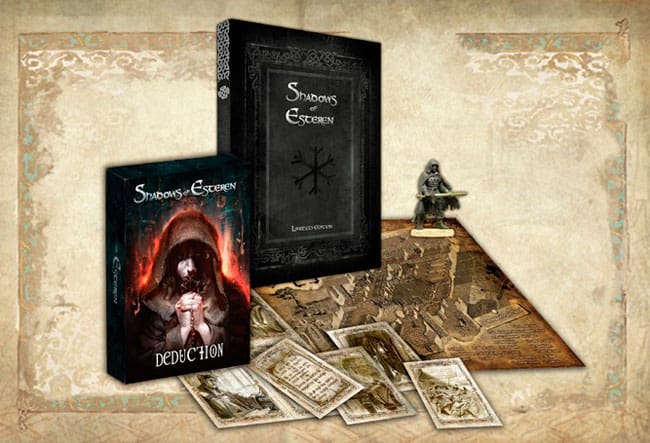 This gets me the limited edition of the Tuath book (600 copies), printed gaming aids, the pdf version of the book, a limited edition miniature, the Deduction board game, and all unlocked stretch goals. As an add-on I’ve also taken the regular version of the Tuath book. Tuath is the fourth book of the Shadows of Esteren series and is focused on the Temple faction. It also features a large investigation scenario inspired by The Name of the Rose, as well as several game aids.


Click here to support the Shadows of Esteren Tuath Kickstarter. Then join the forum and discuss this amazing game.