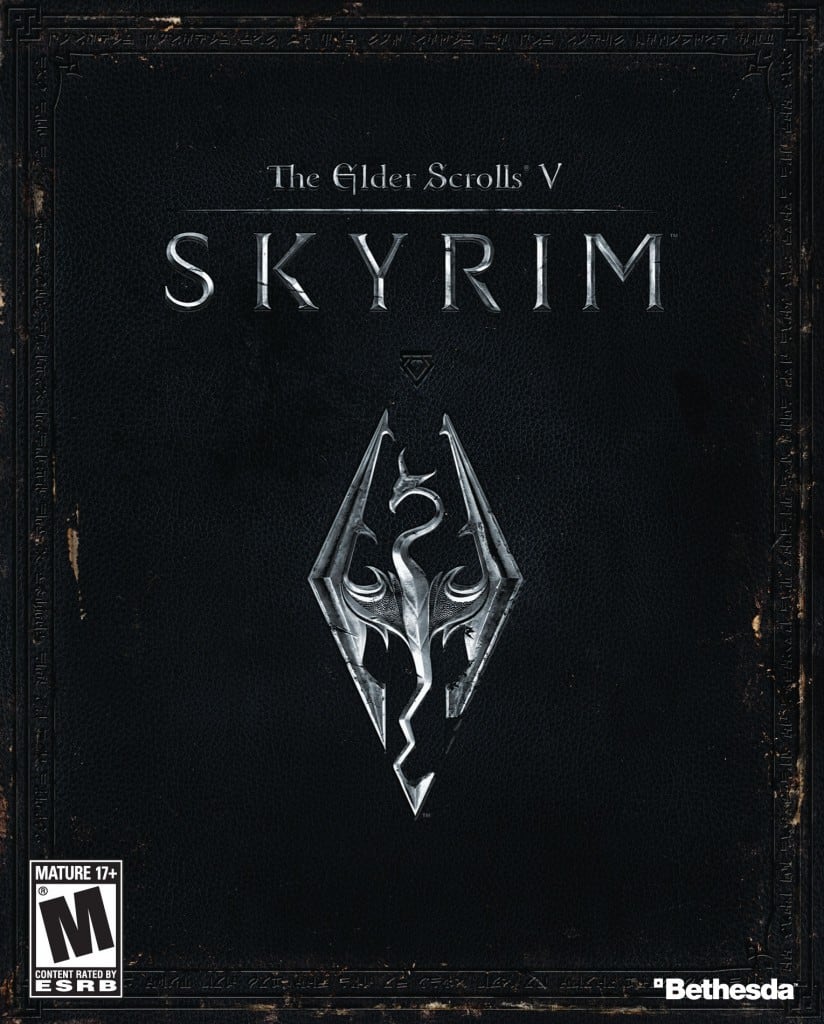 And November has passed again so let’s take a look at some rpg items I find interesting. 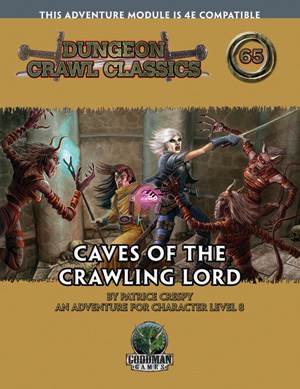 GMG5064 – DCC65 Caves of the Crawling Lord As the crowds of the desert bazaar haggle under wind-torn tents, a cursed rain pours from the sky. Hundreds of grayish worms splatter into pots of rare spice and barrels of imported foods, spreading panic all over the market! Intent on finding the source of this strange curse, the heroes uncover the lost catacombs of a forgotten tiefling kingdom. Soon they are in a realm of madness and entropy ruled by the crawling lord of the caves!

This is a 4E compatible adventure for lvl 8 character. Their next adventure DCC66 The Vampire’s Vengeance will probably be their last release for 4E. As of 2012, the DCC RPG is launched and adventures will be released for their own old school ruleset. 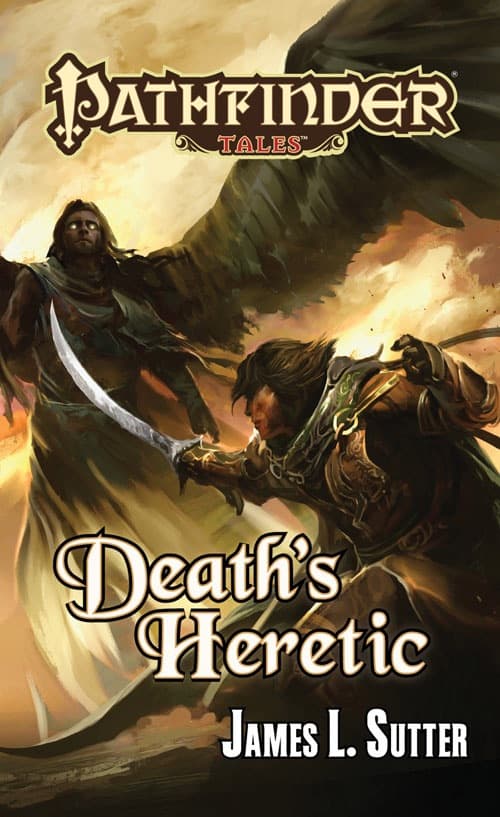 “Nobody cheats death! A warrior haunted by his past, Salim Ghadafar serves as a problem-solver for a church he hates, bound by the goddess of death to hunt down those who would rob her of her due. Such is the case in the desert nation of Thuvia, where a powerful merchant on the verge of achieving eternal youth via a magical elixir is mysteriously murdered, his soul kidnapped somewhere along its path to the afterlife. The only clue is a magical ransom note, offering to trade the merchant’s successful resurrection for his dose of the fabled potion. But who would have the power to steal a soul from the boneyard of Death herself? Enter Salim, whose keen mind and contacts throughout the multiverse should make solving this mystery a cinch. There’s only one problem: The investigation is being financed by Neila Anvanory, the dead merchant’s stubborn and aristocratic daughter. And she wants to go with him. Along with his uninvited passenger, Salim must unravel a web of intrigue that will lead them far from the blistering sands of Thuvia on a grand tour of the Outer Planes, where devils and angels rub shoulders with fey lords and mechanical men, and nothing is as it seems…” 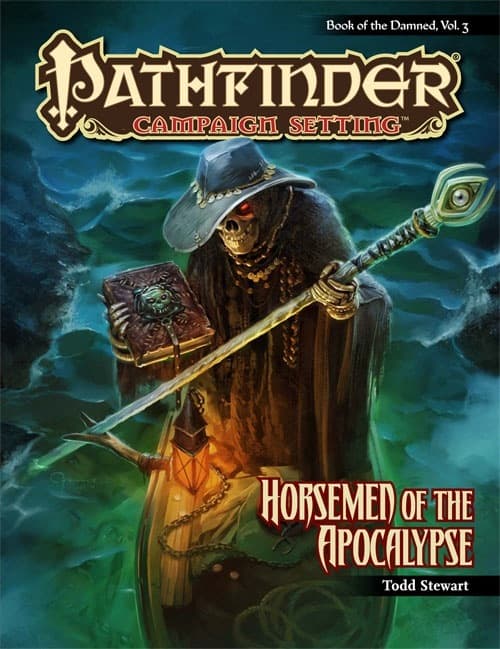 Pathfinder Campaign Setting – Book of the Damned—Volume 3: Horsemen of the Apocalypse Since the first spark of mortal life took form, the daemons have sought to extinguish it. Evil in its purest form, these terrors seek nothing less than the end of all existence. Led by the Four Horsemen—War, Famine, Pestilence, and Death—the armies of Abaddon work to corrupt, consume, and destroy everything around them. Perfect nihilists, the daemons seek only to be the last entities looking down on the dying cinders of the cosmos before they themselves are consumed, and only darkness remains.

Within this book, you’ll find complete descriptions of the Four Horsemen and their armies of soul-devouring daemon servitors, an overview of the wasteland realm of Abaddon, the daemon-worshiping souldrinker prestige class, new daemonic spells and magic items, and much more… 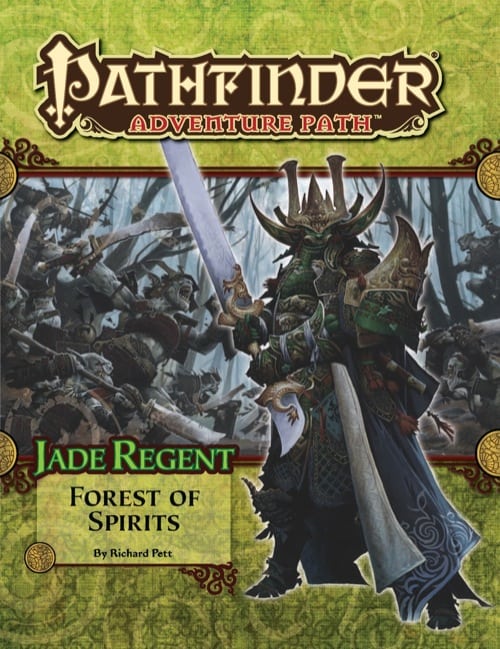 Pathfinder Adventure Path – Jade Regent 4 : Forest of Spirits The heroes finally reach the distant land of Tian Xia, only to once again attract the attention of the oni of the Five Storms. But not everyone wants them dead—the heroes must meet a mysterious woman named Miyaro who promises to lead them to allies deep in the Forest of Spirits. These mysterious spiritual guardians—known as kami—reveal that the oni of the Five Storms once dwelt in a fortress known as the House of Withered Blossoms, deep in the forest. Much can be learned at this fortress, but a few of the old inhabitants remain…

A Pathfinder Roleplaying Game adventure for 10th-level characters, this volume continues the Jade Regent Adventure Path, a sweeping quest that takes the heroes from familiar territory in Varisia all the way across the ice fields of the Crown of the World to distant Tian Xia, the land of the Dragon Empires. This volume of Pathfinder Adventure Path also features an investigation of the strange spiritual creatures known as kami, as well as a larger article that explores the most notorious ninja clans of the empire of Minkai. Plus several new monsters drawn from Japanese mythology in the Pathfinder Bestiary, new adventures of Varian Jeggare and Radovan (stars of the Pathfinder Tales novels Prince of Wolves and Master of Devils) in the Pathfinder’s Journal, and much more! 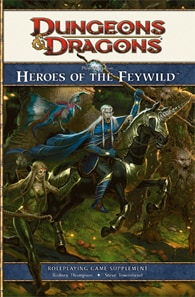 This book contains exciting new character builds and options that are thematically rooted to the Feywild, a wild and verdant plane of arcane splendor, full of dangerous and whimsical creatures. Characters who trace their origins or backgrounds to the Feywild gain access to unique feats, powers, and mechanics. The book explores what makes fey-themed characters so fun and distinct.