by Ralph on April 1, 2012
Boardgames
9
0
previous article
Bumps in the Night Kickstarter
next article
The Sense of the Sleight of Hand Man Kickstarter 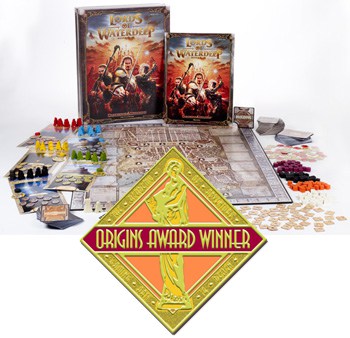 I’m not going to keep you waiting so long this time. Here’s the RPG Goodies March! 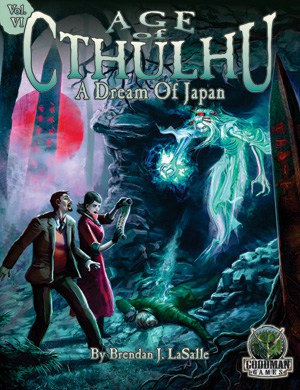 In Age of Cthulhu 6 – A Dream of Japan a search for a missing socialite leads to the Aokigahara forest at the base of Mount Fuji. Eerily quiet, strangely lifeless, and infinitely desolate, this mysterious forest hosts more suicides than any other location in the world – and, as the investigators will discover, is home to an alien intelligence far beyond our comprehension… Set throughout the globe and torn from the pages of the hidden history of the world, Age of Cthulhu adventures bring new secrets and mind-bending horrors to your 1920’s Call of Cthulhu game. Each adventure comes with copious player handouts, detailed maps, and pre-generated investigators ready to risk their lives and their sanity to confront the horrors of an uncaring universe. 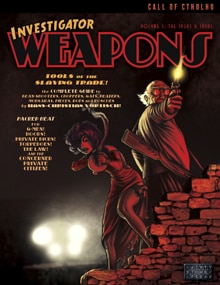 Investigator Weapons for Call of Cthulhu in the Classic era is a comprehensive collection of weapons available to stalwart investigators of the Cthulhu Mythos and their crazed cultist opponents. Investigator Weapons covers handguns, rifles, shotguns, submachine guns, machine guns, flamethrowers, melee weapons, explosives, and special ammunition; and gathers together all the spot rules for injury, environmental conditions, and firearms combat in one place, as well as introducing many optional rules for enhanced play.

Hans-Christian Vortisch (author of Cthulhu – Waffen-Handbuch, GURPS High-Tech, GURPS Martial Arts: Fairbairn Close Combat Systems, and GURPS Tactical Shooting) has selected several dozens of the most typical or iconic weapons available to the discerning shooter in the 1920s and 1930s. These range from the famous Colt M1911 and Thompson submachine gun to lesser known but more widespread firearms.

Lords of Waterdeep is a strategy board game for 2-5 players. You take on the role of one of the masked Lords of Waterdeep, secret rulers of the city. Through your agents, you recruit adventurers to go on quests on your behalf, earning rewards and increasing your influence over the city. Expand the city by purchasing new buildings that open up new actions on the board, and hinder—or help—the other lords by playing Intrigue cards to enact your carefully laid plans.