Rise of the Elders Cthulhu on kickstarter now

A tactical RPG inspired by the work of HP Lovecraft
by Ralph on February 2, 2017
Computer Games
1
196
0
previous article
The Kraken 2015 - Day 2
next article
Rise of the Runelords Session 1 - Character creation

Rise of the Elders Cthulhu is a tactical RPG inspired by the work of HP Lovecraft. The game is brought to kickstarter by Strange Matter, a small French start-up founded in 2016 to make PC and mobile games. Although still a young company, Strange Matter has a team working on the game that has experience working for some of the big players in the video gaming industry like Rockstar Games and Ubisoft.

The game puts you in control over a group of Investigators who are facing the difficult task of preventing the awakening of one of Lovecraft’s most terrible creatures: the ancient alien god, Cthulhu. Rise of the Elders Cthulhu will be released for PC and Android, with a Mac and iOS version already in the planning for release at a later date.

Key features of Rise of the Elders Cthulhu

In Rise of the Elders Cthulhu you assign your Investigators to a variety of tasks from working and training, to studying relics and researching new spells. Establish new contacts all over the world in order to access even more possibilities. Each contact gives you access to a specific action. For instance, the Sanatorium will allow you to recover from Insanity, the Underworld will give you access to the black-market shop and the Airfield will give you access to air routes. 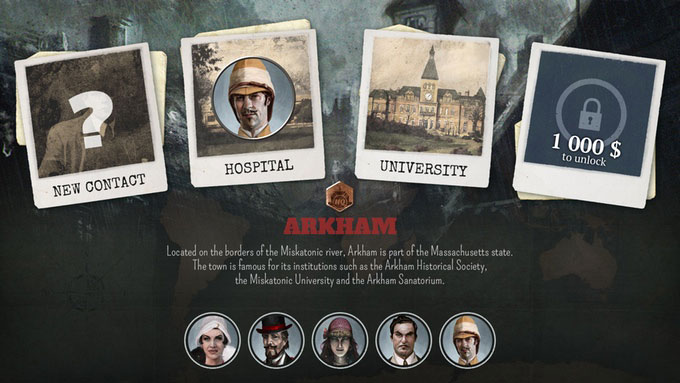 The essence of each Investigator is its Occupation. 9 occupations are currently planned: the Dreamers – Wanderer, Magician, Fortune Teller; the Enforcers – Sailor, Journalist, Safari Hunter; and the Scholars – Psychiatrist, Anthropologist, Doctor. The Dreamers are fragile but have a high Sanity. That makes them excellent spell-casters, but vulnerable to mental disorders. The Enforcers are of strong Health and good Dexterity. They are good at taking and dealing physical damage. The Scholars have average stats except for their outstanding intelligence. Their rationalism protects them from Sanity damage.

Each Investigator in Rise of the Elders Cthulhu has 15 open slots that will be filled progressively with Afflictions, Skills and Spells. These attributes will define your character’s personality and create endless gameplay possibilities. 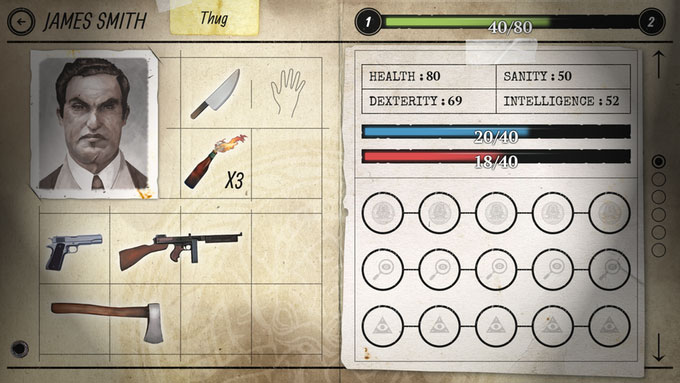 The game is built around a turn-by-turn combat system in a top-down view. Every Investigator has a pool of Action Points that can be used to move, attack and interact with the environment. Damage can be dealt both physically and mentally and death will be permanent. If either your Health or Sanity reaches zero, your character is gone… forever.

Rise of the Elders Cthulhu also includes several random events which can be triggered by certain mental disorders. Investigators gain these disorders when they lose too much Sanity points by facing creatures, investigating terrifying facts, studying relics and casting spells.