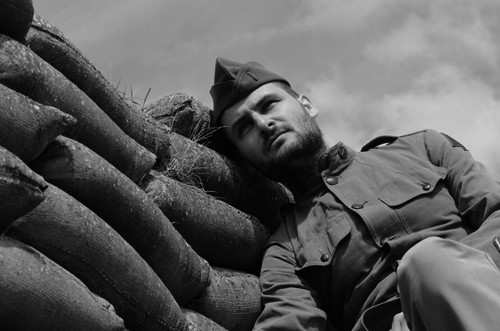 I started this blog in October of 2011 so the main brunt of my blogposts have happened in 2012. Time to take a look at what I’ve been doing so far.

One of my dreams has always been to have a website about my collection. Not that I feel I have such a large or important collection that it warrants sharing with the rest of the world, but it’s a way of still staying connected to my books, since I don’t have that much time left to actually play the game itself.

I started working on a wordpress site in the beginning and was adding blogposts to that but since that site was not online, I figured I could just as well already start putting those blogposts up on a free blog. In the beginning that meant copying all posts on both my offline website and on this blog but that soon changed to just this blog.

While the original idea was to have an actual website showcasing my collection, the blog was kind of only a thing on the side.

Let’s take a look at the actual blogposts now. The target I set up for myself was to have 1 blogpost per week, meaning 52 per year. The result for 2012 is 39 blogposts. While in 2011 I easily achieved my target, I can see that as of September 2012 I pretty much neglected my blog. The reason for that being my evening course in graphic design for which I’m currently doing the 3rd and 4th year in one single year.

So what about the blogposts themselves :

So it seems the blog kind of defeats its purpose since only 5 of the 39 posts were about my collection. And it’s not like I didn’t buy new stuff. In fact, I even piled my new stuff on my desk prior for archiving (nice word for putting it in a box) it. So now I’m stuck with a huge pile of books on my desk as well. And if my camera battery hadn’t died on me and I hadn’t misplaced my charger, I would have shared a picture of that at least but alas, no dice (except for the ones from the Rappan Athuk kickstarter which are in the pile).

I’m happy with the RPG news items. It’s mostly things I pick up at the various forums I frequent and I try to give them a bit of a personal touch instead of just copy-pasting stuff.

The RPG goodies category was used for new releases which interested me or which were from lines that I collect. But since it was basically just me copying the release schedule for a number of publishers, I didn’t feel that was much added value so I decided to scrap that idea (including the obligatory monthly blogpost which I had to replace with something else now).

Kickstarter. Well, hasn’t that taken the RPG industry by storm! For those of you who are unaware of what a Kickstarter is, it’s basically a way for a publisher to get money for printing in advance, thus lowering the financial risks. You put up a project, ask for pledges, add some nice extra items (preferably limited to the kickstarter only), set a financial target of what you hope to achieve, and go! When the target is reached, the money is debited from everyone who pledged and the publisher will have the necessary cash to go to print. If the kickstarter fails to achieve its target, no money will be debited from anyone’s card. I’ve pledged to several kickstarters on various financial levels and so far I’m enjoying the concept. The kickstarters I put up on my blog so far have all been projects I’ve supported myself.

Campaigns & Adventures. Ah yes, this would be my personal favorite category since posts in this category mean I’m actually playing the game. The posts that are on the blog so far came from an idea at the end of 2011, where I would be playing in a one-on-one Pathfinder campaign with a longtime RPG buddy of mine. Unfortunately due to time constraints this campaign lasted only a few sessions. The character creation process and reports of those sessions can be found under this heading for everyone who’s interested.

The Game fair category will be one that won’t see many posts, simply due to the fact that there’s not that many RPG-related fairs around. There’s actually none in Belgium so if I would want to visit one, Germany and the UK would be the places to be. Only 1 post in 2012 which was about the Spiel fair in Essen and this is a general game fair, which does have a number of RPG vendors, but no actual playing. The big one missing here is the Kraken which I did attend but still haven’t finished a report for. That’s actually pretty bad because it was a great convention that I enjoyed immensely.

The stats tell me that 7 of the 10 highest viewed posts were made in 2012. That would be quite normal due to a higher volume of posts being made in that year.

Among the top 10 viewed posts are 3 of the 4 Campaign & Adventures posts and the Game fair post about Spiel (which I posted on a forum in addition to the normal Facebook sharing). The simple but oh so true conclusion from that is : original content ! I guess that’s what’s key to a succesful blog.

Traffic to the blog comes mainly from Facebook and Google. The facebook traffic is quite obvious since I share my posts on facebook. The google traffic however means that people are searching for something in google and happen upon my blog. I had a course in e-commerce in which the concepts of SEO were explained so I try to incorporate that a bit into the blog. I think an actual website with some serious tracking would give me better results, both in google and for analysis.

The visitors can be mainly seen as coming from the US and Belgium, with some smaller numbers coming from other European countries, and even some from Russia and Australia.

So the obvious target would be to get the actual website online. Other than that, more focus should go to my collection in the form of collection updates. And more original content should be added. I’d love to see more Campaigns & Adventures. Perhaps I should start adding reviews. Other ideas I have would be characters, character sheets, handouts and so on. Things that people could use in their games. But for that, it would be best to have the actual website online.

And of course, another main target would be to achieve 1 blogpost per week.

That leaves me to wish whoever reads this a very happy New Year ! Enjoy the festivities and the best of luck in all your endeavours.