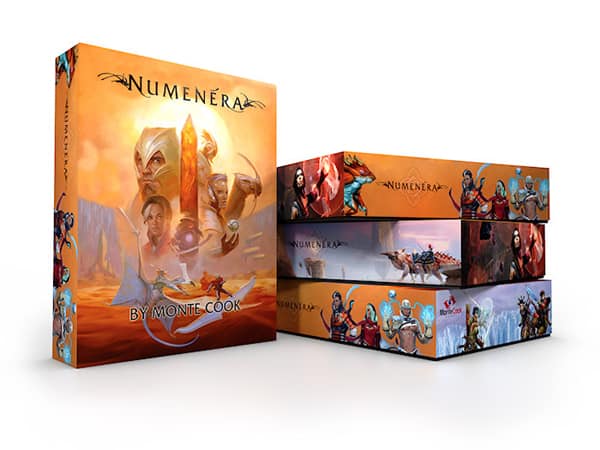 I was impressed when I visited Lucca Games 2014, and it seems I was not the only one. When Monte Cook and Shanna Germain saw the Italian version of Numenara which is released as a boxed set, they immediately thought : Wouldn’t it be cool to also have an english Numenera boxed set ?

And it seems people agreed with this as the initial goal of $15.000 was blasted into the Ninth World skies as the kickstarter amassed a staggering $250.000+ and the final hours will surely add enough dollars to unlock another stretch goal (or two). The Numenera Boxed Set kickstarter is currently in its final hours so hurry up if you want this supercool boxed set as it will probably not be available anymore afterwards.

In the Italian version you will find the rule book, an adventure booklet, character sheets, and a map. 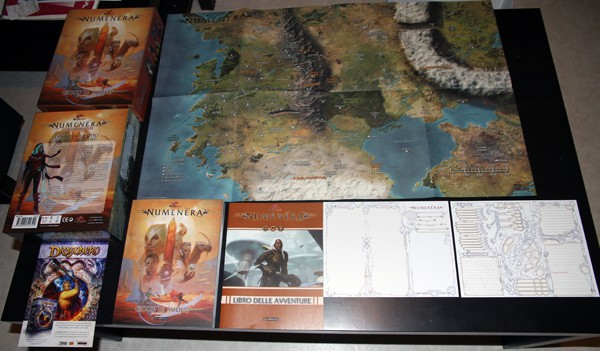 Well the Italians are going to be sad if they find out all the cool stuff that has been added to this Kickstarter exclusive Numenera boxed set. If you pledge at the Reliquary level ($120), you get all of the following items : the boxed set, a player’s book, a setting book, a GM book, an adventure book, a cloth version double-sided poster map of the Ninth World, character creation handouts, a pad of character sheets, extra content in the GM and Adventure book, new Kieran Yanner artwork for all the covers, a signed art print, 6 pre-generated characters, an XP card deck, an art book, a rules cheat sheet, a Numenera spiral note book and pencil, a Weird deck, new dice, a GM Intrusion deck, a Numenera playmat, a set of printed maps, a dice bag, and a second poster map showing the Ninth World Bestiary size comparison chart.

If you’re still not convinced that this is a supercool deal, check below for some previews of the items in the box. 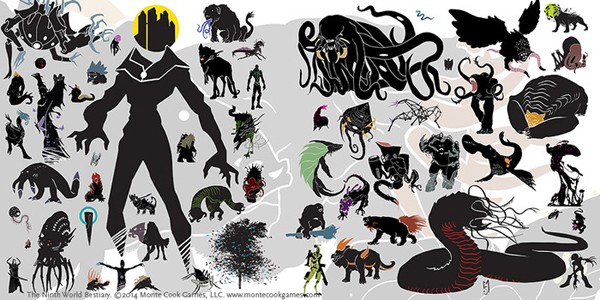 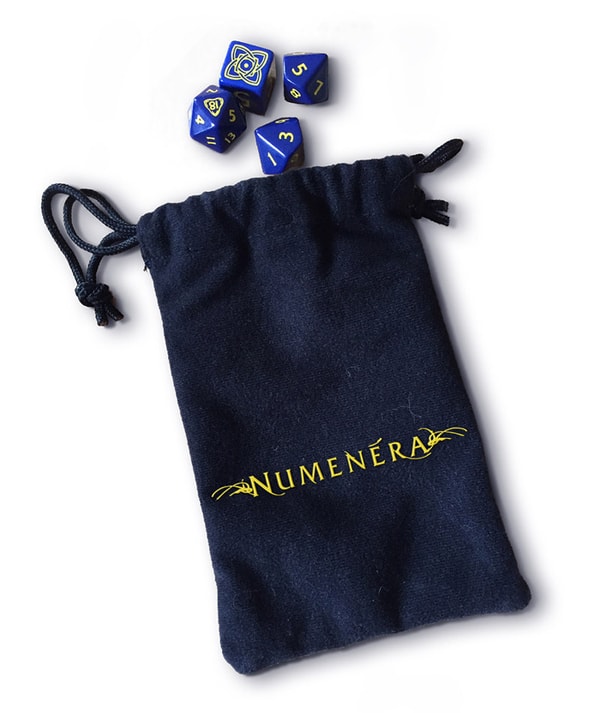