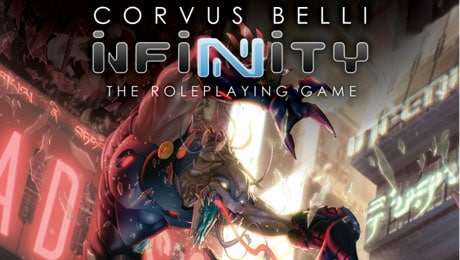 Infinity is a miniature wargame with 28mm high metal miniatures that simulates combat and special operations in a science fiction environment with Manga aesthetics. Infinity miniatures are characterized by the high quality and detail of their modeling, the dynamism of their postures and their futuristic aesthetic. 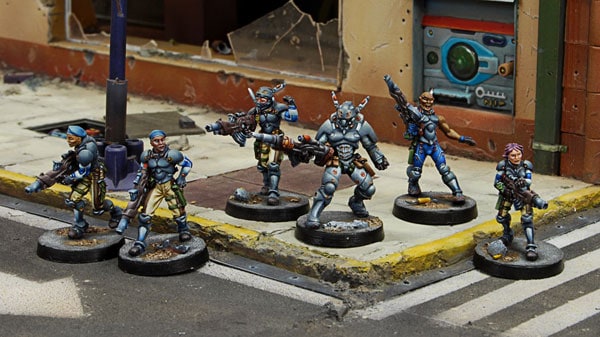 Infinity started as a homemade RPG setting and evolved into a miniatures game. Infinity’s storyline follows the battles of the Human Sphere against the alien Combined Army, a collection of conquered alien races led by an aggressively resourceful AI. Modiphius has now teamed up with Corvus Bellis to unite their roleplaying publishing expertise with the fantastic Infinity setting.

“As Infinity was created by roleplayers, our secret desire has been always to release the RPG version of the game. Unfortunately, Infinity requires all our time and we were unable to create the RPG everyone has been asking for. To find the right partner, with the same attention to detail has been really difficult and the reason we have not released an RPG before. So, when Chris contacted us we felt very happy, as he demonstrated a deep understanding of the universe and spirit of Infinity. We discussed plenty of covert operations, secret schemes and adventures and we know Modiphius has a very professional approach that will ensure they deliver a truly high-quality product. Now we only regret not having teamed up with them before!” said Gutier, background developer of Infinity.

The Infinity RPG will use 2d20, the in-house roleplaying system designed by Jay Little for Mutant Chronicles, which encourages cinematic action with its simple mechanics. Infinity – The Roleplaying Game. Adventures In the Human Sphere & Beyond will be available as a limited pre-order for the Corebook in Q1 – 2015, which will ship in Q2 – 2015. A Kickstarter campaign will follow in the Summer of 2015, with plans to expand the range to include full-colour campaign books, setting books, new player-character and villain figures, floor tiles and much more.