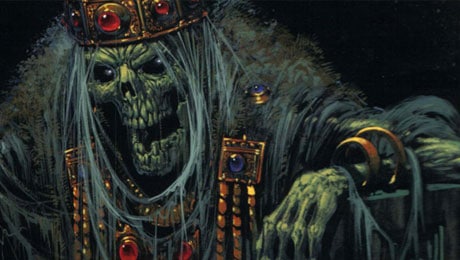 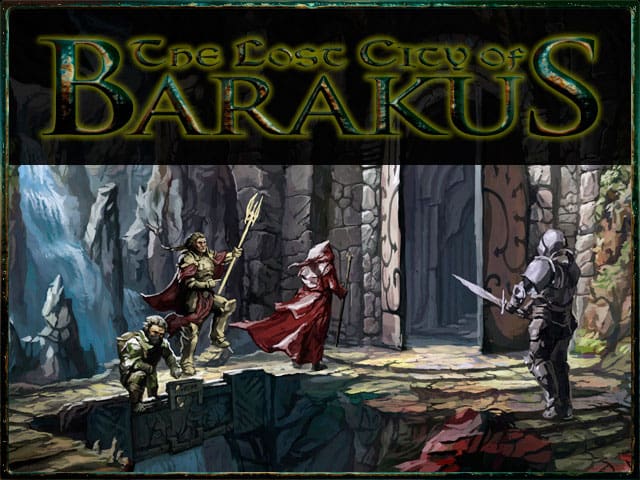 The lost city of Barakus 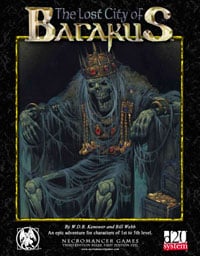 The lost city of Barakus was originally released by Necromancer Games during the d20 era in 2003. It’s a low-level location based adventure for characters of level 1 to 5. The book detailed the city of Endhome, the surrounding Penprie Forest and Duskmoon Hills, and a huge dungeon called the lost city of Barakus.

There are seven adventures/hooks that are located in Endhome itself going from wererat thieves, over a priestess enslaving beggars, to a family of vampires which gradually level up characters until they are ready to face the dungeon beneath the Duskmoon Hills.

The lost city of Barakus won the golden ENnie for best adventure at the 2004 ENnie awards.

The kickstarter project was funded in just a few hours and the first stretch goals have been passed already. That means a free player’s map of Barakus has been added, in addition to 3 new wilderness encounters and an extra dungeon level called Hall of the Shield. Stretch goals for this campaign will mean extra and new material is being added to this already impressive campaign with the player’s guide already close to being funded.