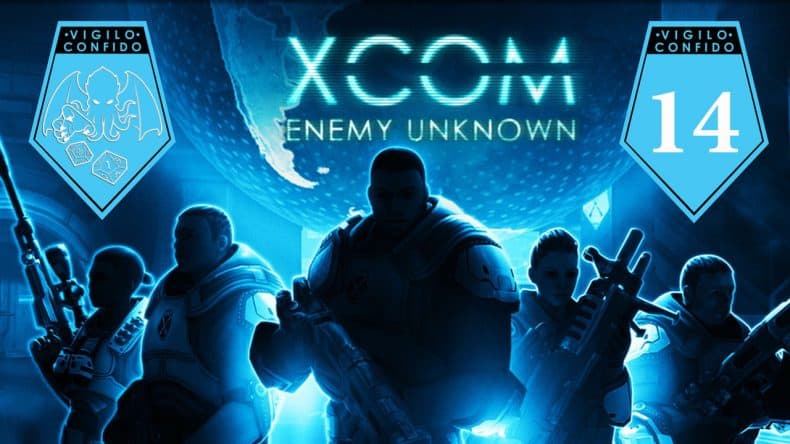 In my let’s play of XCOM Enemy Unknown episode 14 we start off with a difficult decision! There is a mission in the UK to get a Assault Captain, and we could really use another Assault. But on the other hand we’ve kind of given up on Europe by now. In the end the squad sent to Australia on Operation Morbid Calm is Maj. Petersen, Maj. Stolze, Cpt. Hardy, Lt. Wick, Cpt. Arneson, and Sq. Germain.

The troops are dropped off on a bridge filled with cars. They do provide some means of cover but are also explosive so caution is needed! Almost immediately after being dropped off, Floaters show up and attack.

More Floaters arrive and the squad gets its first glimpse of an alien species known as Mutons. For a moment they appear and then disappear to all of a sudden ambush the team when least expected.

When the sitation becomes very dire, Maj. Stolze pulls out some rockets and blows up cars and aliens alike. Maj. Petersen then undertakes a life threatening solo mission to try and stun not one buy two mutons.

You can purchase XCOM Enemy Unknown through below affiliate links (as an Amazon Associate I earn from qualifying purchases):