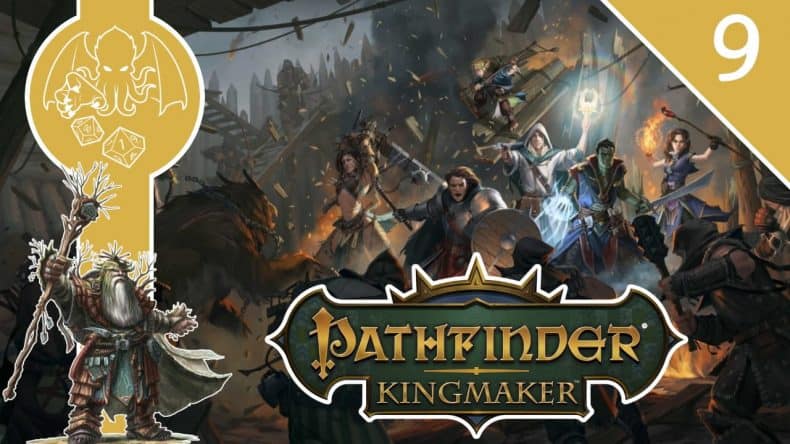 In my let’s play of Pathfinder Kingmaker Episode 9 the party investigates the Abandonned Hut the Stag Lord wants to destroy and finds out why exactly that is. Grenn also meets the Guardian of the Bloom again and learns a bit about her history.

The group then travels to a nearby region called the Oak That Strayed and gets into a fight with an insane dryad. They also discover the Technic League Encampment but decide to first tackle the Trail in the Hills. The trail doesn’t reveal much besides an aggressive leopard.

Grenn then leads his troops back to Ratnook Hill where he explores the caves system previously ignored and finds wererats on his way. The Riverine Rise is the next area on their travels. A large water elemental awaits them but turns out to be less challenging than expected.

On the way back to Oleg, the party also discovers the Boggard Hunting Grounds where the last battle of this episode takes place.