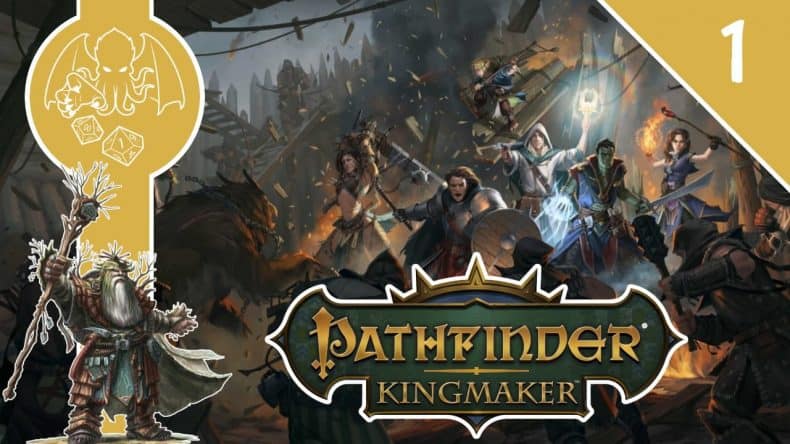 Here it is finally! Enough postponing. Time to start playing this game! In Pathfinder Kingmaker Episode 1 I show you how I create my character, the dwarven Druid Grenn Blackforge. After character creation Grenn and a number of assembled heroes are tasked by an Aldori Swordlord to go forth and claim the Stolen Lands. The only issue is a local banditlord called the Stag Lord who has proclaimed the area as his own.

Grenn also meets future companions such as Linzi the bard, Amiri the barbarian, and Valerie the fighter. Hopefully they all like potatoes.

Pathfinder: Kingmaker is the first isometric party-based computer RPG set in the Pathfinder fantasy universe. A classic RPG experience inspired by games like Baldur’s Gate, Fallout 1 and 2 and Arcanum.

Explore the Stolen Lands, a region that has been contested territory for centuries. Hundreds of kingdoms have risen and fallen in these lands, and now it is time for you to make your mark—by building your own kingdom! To do so, you’ll need to survive the harsh wilderness and the threat of rival nations… as well as threats within your own court.