Horror on the Orient Express Kickstarter

by Ralph on August 20, 2012
RPG
15
0
previous article
Swords & Wizardry Kickstarter
next article
The future of D&D 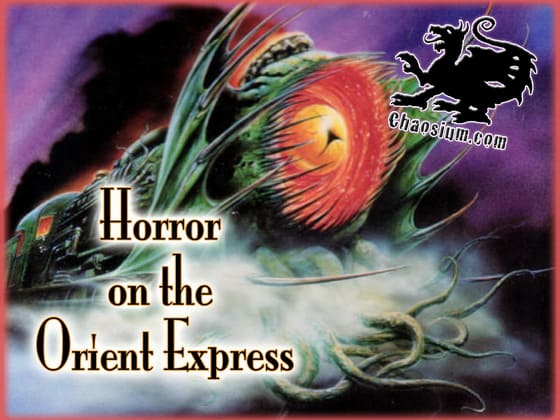 Chaosium also jumps on the Kickstarter bandwagon that’s so popular in the rpg world. They are looking to rereleasing 1991’s Horror on the Orient Express boxed set.

Horror on the Orient Express contains a massive adventure for the Call of Cthulhu roleplaying game. Beginning in 1920s London, the investigators journey to Paris and then to the ancient city of Constantinople.The campaign is made up of four legs of the journey, each contained in its own book: Through the Alps, Italy and Eastern Europe, Constantinople & Return, and Strangers On The Train. Take part in this epic adventure either as gamemaster or as an investigator, either way you are in for a harrowing and exciting adventure!

This reprint will contain all of the content of the original campaign, plus an expanded roster of NPCs, and a new afterward by the original authors. Booklets will have improved cardstock covers, will feature additional art, and the handouts will be expanded to include a matchbox, similar to the one included in their very first boxed campaign Masks of Nyarlathotep in 1984.

The chance to be immortalized as a pre-gen has already passed but you can still get an NPC named after you or a piece of Chaosium history. Other rewards include Orient Express limited edition tickets, tote bags, t-shirts, dice and so on.

Looking forward to seeing this one in print again.