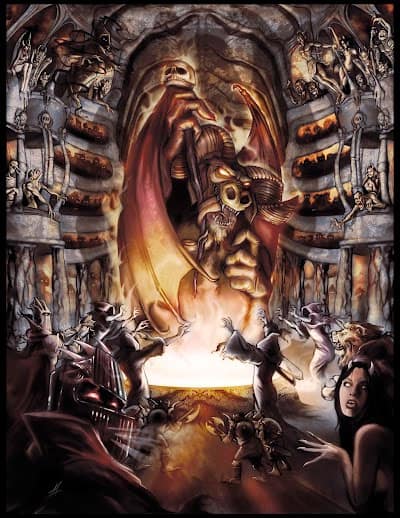 Great news today from Bill Webb at Frog God Games who announced a Pathfinder and Swords & Wizardry version of his mega-dungeon Rappan Athuk.

Rappan Athuk rose to fame during Bill’s days at Necromancer Games, where he published the dungeon first in three separate installments for the D20 ruleset :

Later on the dungeon was reprinted in a 1000 copy limited edition release called Rappan Athuk Reloaded, including the above levels and many new levels and a massive wilderness expansion, written for the 3.5 D20 ruleset.

Rappan Athuk is now to be released as a hardbound, library-stitched book for Pathfinder and Swords & Wizardry.