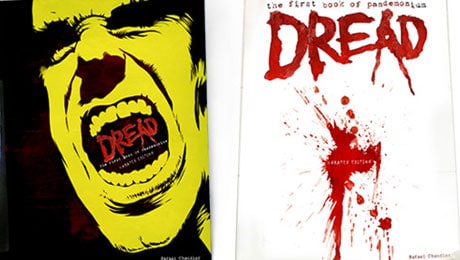 Granted, the title of this game isn’t Dread Pandemonium but Dread: The First Book of Pandemonium. It’s a game I was unfamiliar with until one of my regular players told me he wanted to run a few sessions. Always happy to discover new RPGs, our group got together and it was great fun! So without further ado, here’s Dread Pandemonium Session One. 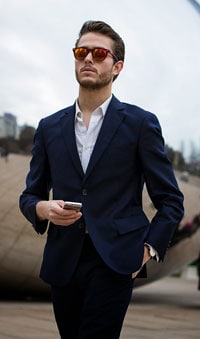 My name is Vincent. Vincent Laprise. But everyone calls me Cypher. I live in an abandoned warehouse in New Orleans with some other people. Well, no. We’re no longer people. Mentor Angelica calls us Disciples. She put the four of us here together. Boots, a redneck hillbillie but strong as an ox, great hunter though; Vicar, a travelling salesman who has this succesful scheme running, acting like a parish priest; and Wheels, a small Italian girl coming from a wealthy family, seems to be well-connected.

Then the FBI called. Their CRRU picked me right from the school benches and put me to work. I loved it. Nothing beats a night of cryptanalysis. Sex? Not even close.

But there was this weird pattern that I kept seeing. It was repeated in encrypted emails, financial records, all over the place and I got obsessed by it. Until one morning after a quick shower I cracked it. I cracked it in the steam on my bathroom’s mirror.

Then I woke up in what seemed to be an abandoned metro station. What the fuck? It was dark but I heard my name being called from inside the tunnel. “Vincent. You did it Vincent.” On the tracks in the tunnel is my math professor from Yale. “You did it Vincent. You cracked the code.” As he walked towards me, he spread his hands and I could see eyes in the palms of his hand. Confused I looked up and saw crooked teeth protruding from his eye sockets. He started running towards me when suddenly a loud groan emanated from the tunnel. Something flashed by, a light so bright it blinded me. When it had passed, all that was left of the professor were blood spatters all over the wall. But his eyes were still haunting me.

Then I saw Angelica.

This morning Wheels got a phonecall from Frank, the city coroner. He had a weird case apparently. We jumped in Boots’ truck, well let’s call it a few sheets of metal on wheels, and headed over. Frank pulls out 2 drawers, opens up the bags. Damn, someone has been frying these suckers.

Scott Grimes, was found tied down on his bed. Betty Johnson was found kneeling in front of the same bed, her head removed and spiked on the bed’s frame. The head was ripped off according to Frank and what remains of Scott’s organs has teeth marks in them. I’m recording all of this, just in case. According to the police there was a witness, a Mrs Hernandez, who was talking about seeing a flaming woman enter the house. Cops already closed the case. A domestic dispute. Are you kidding me?

Frank and Betty lived in the 9th ward, 108th street. Wheels gets us there and parks nearby. She and Vicar will talk to the witness while Boots and I check out the burned down house. The neighbours are out in force it seems, all talking about the fire. I pull out my insurance appraisal/real estate role and hope Boots gets it. A few seconds in, he does. We look around the crime scene until Boots spots a foot print in the ashes. A woman’s foot he says, but with claws as toe nails. Interesting.

I write down the measurements of the foot print in my notebook and its numbers show me a pattern. I follow this pattern in my head, calculations running wild and suddenly the foot print gets a dark red hue. More foot prints appear as Nimrod kicks in. I tell Boots to get the car.

Vicar and Wheels got a description of this flaming woman from Hernandez apparently. It seems Vicar is the new parish priest here too. Soon he’ll be too busy holding mass all over the place. Anyway, I give directions as we speed through the 9th ward. Right as Nimrod is about to wear off, I spot the foot prints entering a house that’s on fire. At about the same time we all hear gunshots and a massive gunfight breaks out in front of the burning house.

Vicar identifies the Ozone crew, a local latino gang, and Wheels tells us the others are the Jamaican Les enfants de Papa Gédé. Shit, we need to get into that house. Fire fighters are parked in the street but they won’t budge. Boots tell us to take care of the gang while he turns into black smoke and drifts out of the car. Wheels and Vicar inch closer to the fighting and try to scare off the gangmembers. As Wheels screams that the cops are coming, one of the thugs makes a run for it. The rest keeps shooting. Then Vicar throws some illusions on them, turning one of them in a monster. That seems to help as Les enfants can now pick off the Ozone crew one by one while they focus on the monster in their midst.

Boots sees camera’s all over the place inside the house. He enters the basement and finds a control room filled with monitors. On the monitors he sees the flaming woman but his time is too limited and he needs to get out before he turns corporeal again. He ends up back in the car and tells the story. No time for long decisions so Wheels gathers blankets, hoses them, and runs into the burning house. That woman is insane.

There’s patterns in the flames though. I see them, prepping the wooden beams for their unavoidable collapse. Then I see black and white video footage, some guy breaking a casino dealers arm, shooting starts. Gang members are tied up to a pole with car tires. There’s a burnt corpse. And teeth biting the charcoal flesh. I wake up in the car again as Wheels returns from the basement control room with a disk of video footage. The footage shows the images I just saw in my dream. But no gang members tied to posts and no flesh eating.

We decide to stake out the house while police and firemen do their work, waiting for the flaming woman to appear but she doesn’t. Maybe she’s translucent and the flames are just reflecting off her. That would mean she got out of the house unseen.

That would mean she could be standing behind me right now.