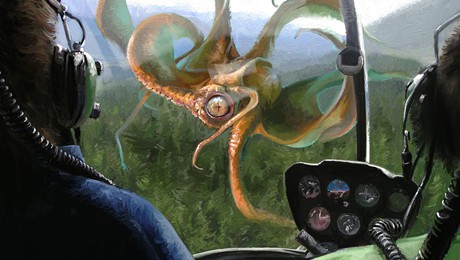 At GenCon a great announcement was made with regards to the Delta Green RPG kickstarter which will be launched in September 2015.

Delta Green: The Role-Playing Game features investigators such as federal agents and scientists charged with stopping lethal incursions of supernatural forces. They move under cover and in the shadows. They don’t just fight the unnatural, they must conceal it to save others from being exposed—and they must hide the crimes they commit for what they’re told is the greater good. The game’s rules are optimized for suspenseful, horrifying adventures in the aftermath of the War on Terror and are fully compatible with over 30 years’ worth of Cthulhu Mythos games.

Delta Green: The Role-Playing Game will be published in a full-color core book with deep resources to create new threats as you explore this terrifying world. A slimmer Delta Green Agent’s Handbook, meant for easy use by all players, includes only the most essential rules needed to play. 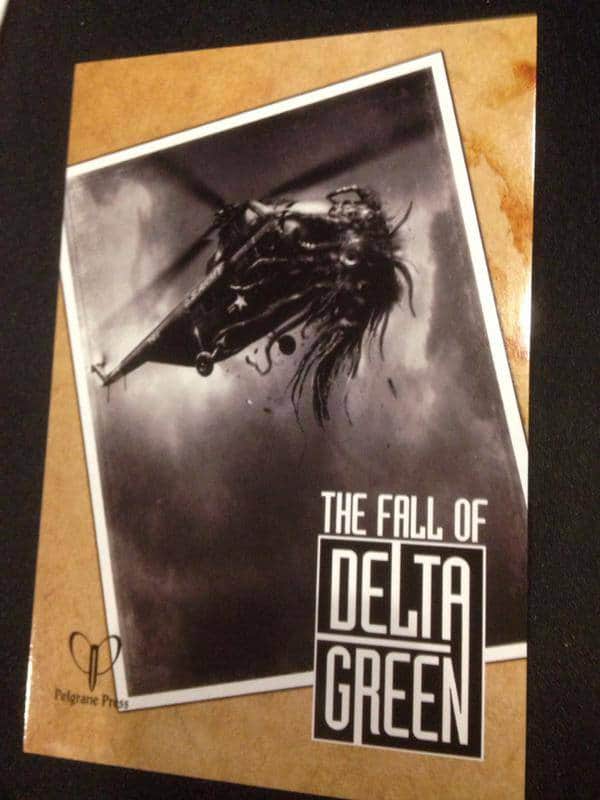 Additional sourcebooks, campaigns, adventures, and spinoff games will be available in the Kickstarter campaign. The first add-on is The Fall of Delta Green, a standalone game about Delta Green in the 1960s. Published by Pelgrane Press Ltd., The Fall of Delta Green will be written by Trail of Cthulhu author Kenneth Hite and will combine the GUMSHOE investigative system and Delta Green: The Role-Playing Game. It will feature notes for easy conversion between the two games.