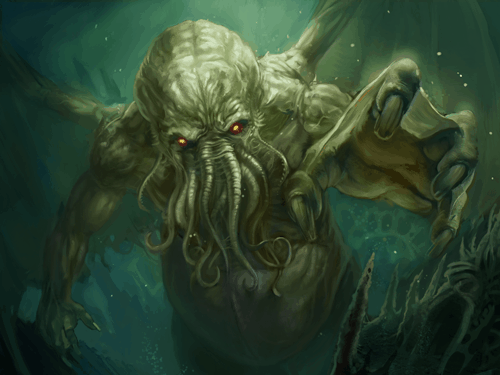 The 9th of May, some friends of mine organised Cthulhu LARP : The Auction. The year is 1933 and the players had all received an invitation to a private auction by a renowned auction house in the city of Tervuren. Up for auction were a number of African and Asian treasures, pieces of art, writings, and a number of Celtic weapons.

I played the role of Ralph Deswert who, with his wife Katrien, had fallen on hard times. So we hustled our way back into a position of relative financial security. Our purpose for the night was to try and get as many people as possible caught up in a pyramid art insurance scheme. Oh and if we could steal some of the items, well that would be icing on the cake.

The evening started of with me and Katrien taking a look at the items that would go up for auction. Our ruse was us having only recently moved back to Belgium from the States and me being an art dealer. We mingled in the crowd, trying to size up the competition and other attendees of the auction.

I met with Hannelore Verdrengh, owner of the auction house who inherited the business after her husband passed away, and bumped into Steven Fazan, a middleman whose customers had donated a few items to the auction. Meanwhile Katrien was mingling with the local aristocracy. I also had a quick conversation with my brother Laurein Deswert who, very conveniently, worked for the auction house and was a big part of  our scheme to smuggle some items out.

Right when I was talking the owner of a local museum into my insurance scheme, the auction started and everyone took their seats. The bidding began quite stongly and Katrien and I were surprised about the amounts of cash that were thrown at items. Maarten Coorevits, mayor of Tervuren and Peter Deville, an armsdealer, got into a heated bidding war for a ancient dagger. Katrien bid on some African bowl and mask, and I myself bid on some artwork, trying to drive the prices up for the museum so they wouldn’t have any cash left when the painting I really wanted went up for auction.

I even switched seats, locating myself directly behind the museum director, whispering in her ear about art values and how good a certain item would look in the museum, trying to influence things a bit in my advantage.

Then the auction took a short break in which the new owners were asked to already pay for their purchases. The break was disturbed when Michael Maderbacher, an employee of the auction house, suddenly fainted and needed the care of the local doctor. It turned out he had cut himself while handling the ancient dagger. The doctor was able to shortly improve his condition but unfortunately it deteriorated as quickly as it improved and Michael died from this seamingly innocent cut.

When people went looking for the dagger, it had vanished which caused quite a stir of panic among the attendees. And yes, soon after the first accusations of theft started flying from one competitor to the next.

All this commotion had unfortunately given three cultists the opportunity to use the dagger in some strange ritual to summon a dark entity into the building. All exits were sealed off and when the cultists appeared with the entity, a huge black mass of swirling tentacles, in tow, the panic really started with everyone running for their lives. The cultists went through the crowd methodically, driving everyone in a corner and forcing people on their knees at gunpoint so the creature could devour them.

When the cultists were momentarily distracted by the local priest (who died soon after), Katrien and I took our chances and ran right passed the cultists to another part of the building were we hid. Some more people were able to use that distraction to get away and I managed to snatch some of those Celtic weapons for myself and Katrien.

Don’t ask me how but a few of the local aristocrats and the museum crew had found some cryptic documents and assumed it was the summoning ritual. They started decrypting the documents looking for clues to banish the entity that was still roaming the building. In the meanwhile a few of the other survivors had also taken up arms against the cultists and Katrien appeared with a bloody axe in hand, telling me she had just killed two of the three cultists (say what now ? ).

My first worry was survival so I tried to stay out of sight as much as possible, trying to figure out a way out of the building. The dark entity starting moving (slowly luckily) towards the area where the museum crew was still trying to figure out all the documents they found. So Katrien and I repeated sentences we had heard the cultists scream and it reacted to that so we could lure it away for a while.

It gave the others just enough time to prepare a banishing ritual and execute it. The entity screamed in horror, tentacles flailed in desperation until a black hole swallowed it and everything returned to normal. The few survivors headed out of the building leaving Katrien and myself to pick up quite a number of the auctioned items and all the cash the auction house had received during the evening after which we quietly disappeared into the night.

More than half of the people playing in this LARP were local schoolteachers from the school of which we had rented some rooms and had never before played a roleplaying game. And they did great ! The game mechanics had been simplified to the extreme and the sanity mechanic was even left out in order not to confuse the new players with rules and have them focus more on their roles. Everyone had a blast so I hope to see a good number of them returning to future LARPs.

The only unfortunate event was a lack of pictures during the game. Only a few pictures were taken prior to the start of the event but I’ll add them below anyway. 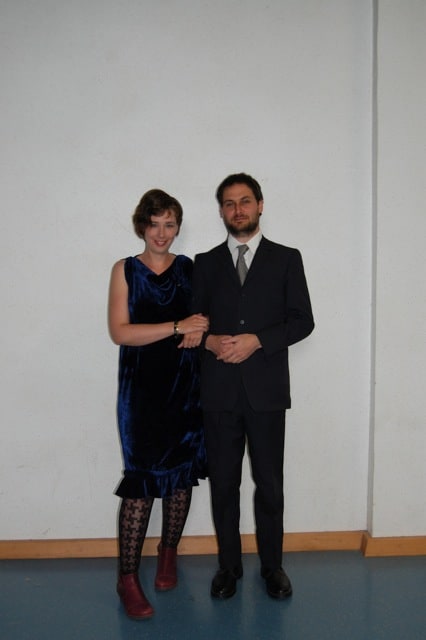 Ralph and his wife Katrien ‘The Axe-murderer’ Deswert 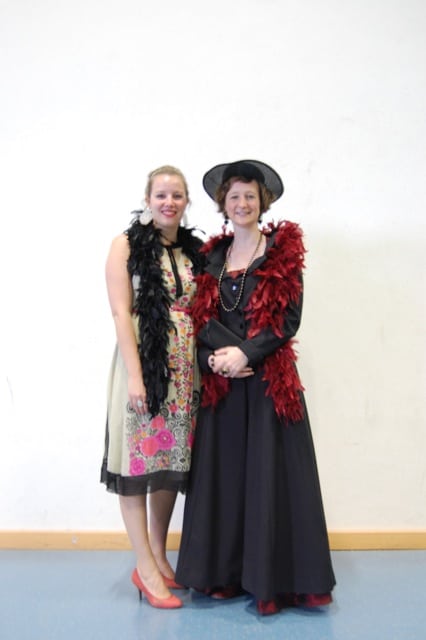 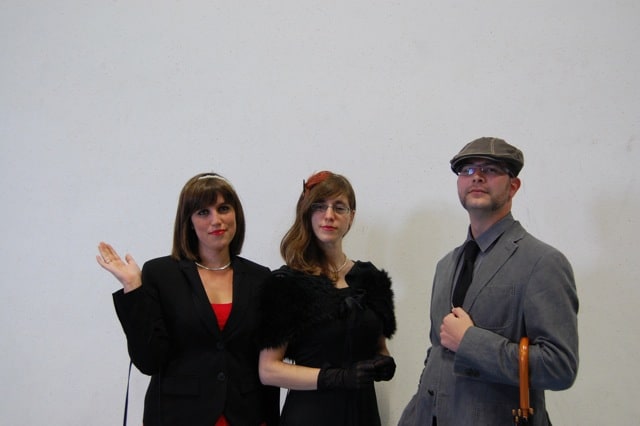 Maarten Coorevits, mayor of Tervuren with his wife Hilde and daughter Hilde 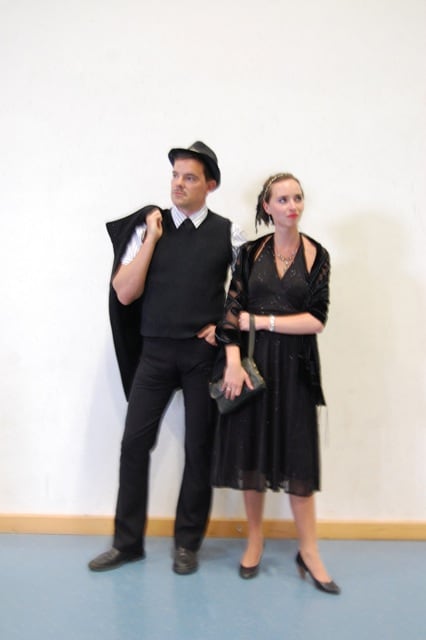 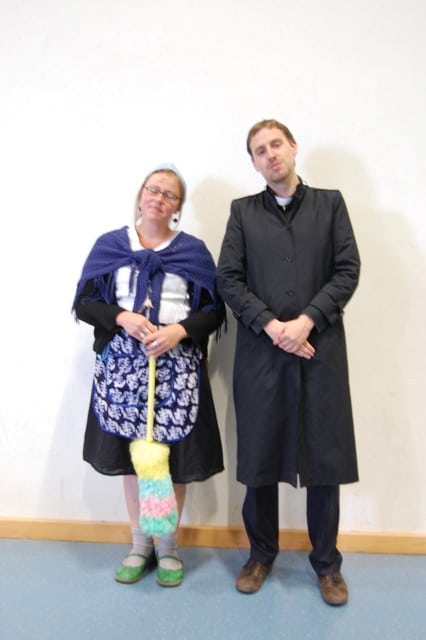 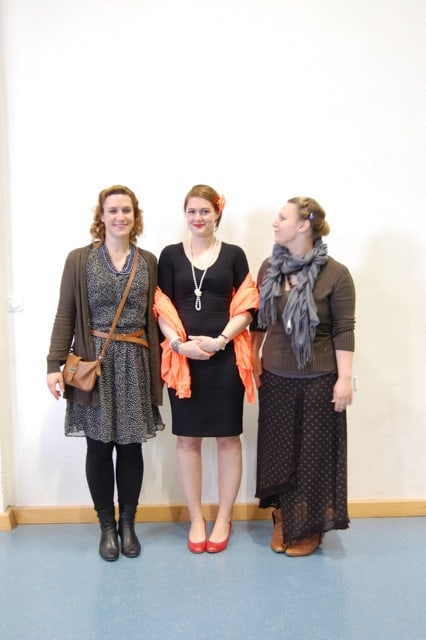 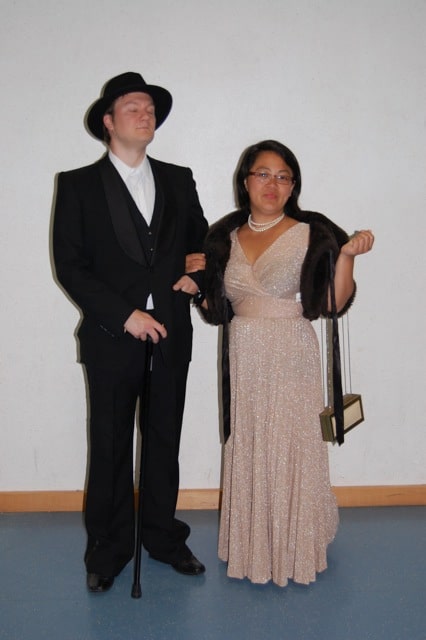 The cultists : Armsdealer Peter Deville and his wife Ann 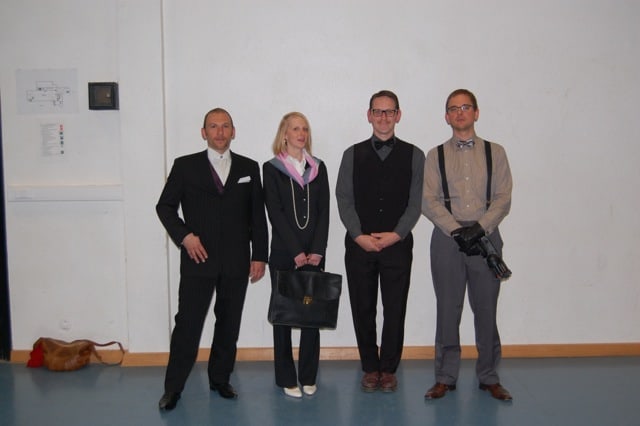 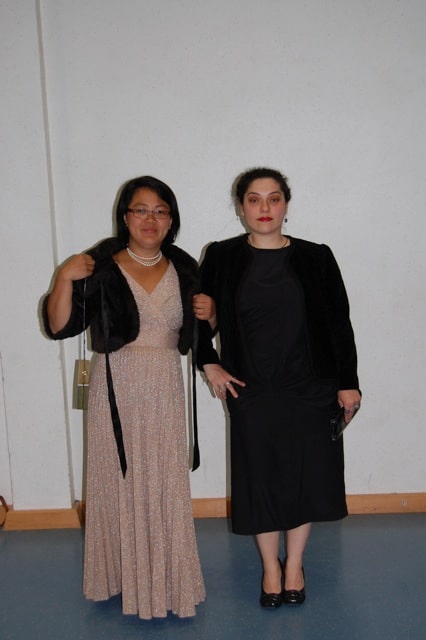 Cultists An Deville and Patrizia Fagiano

by Ralph on August 8, 2019
On RPGADAY2019 Day 8 the topic is obscure and I thought I’d go through my collection and showcase some obscure items.  I start off with a question on what exactly defines an obscure item and showcase Courting Madness by Pagan Publishing as an [...]
Comments
Leave a reply