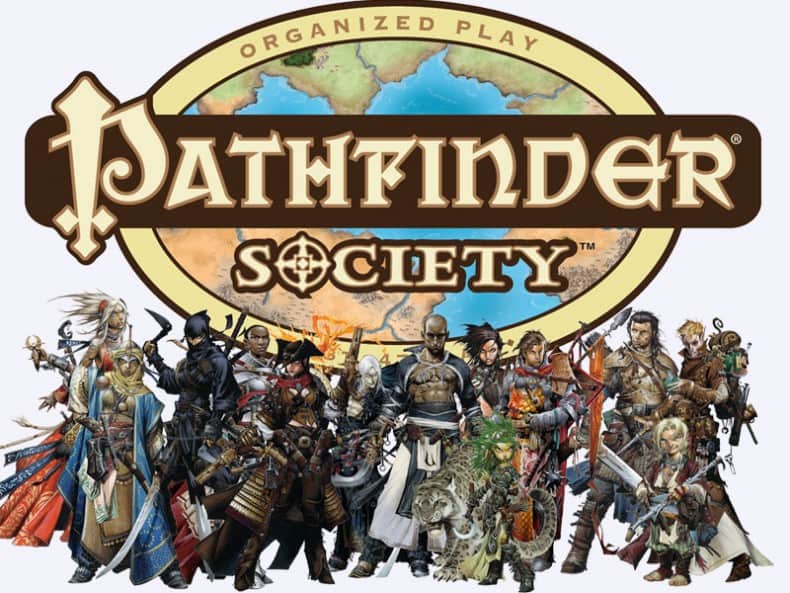 Welcome to the homepage of my Pathfinder Society Home Campaign (PSHC). In these pages I will provide an overview of the different sessions that have been played. In addition to this you will also find information on the characters in this campaign, and its ‘rules’ and purpose.

The Pathfinder Society Home Campaign is not a part of the Pathfinder organized play. And despite calling it a campaign, it will also not be that either. What it will be however, is a series of loose adventures, homegrown or published, which are played in a few sessions per adventure. The goal of this campaign is to get my old roleplaying buddies back together around the table. Organized play modules will definitely make an appearance though.

The campaign uses pre-generated characters, namely the Pathfinder RPG Iconics. I have a big folder with the backgrounds and an image of the different characters from which the players can pick a character of their choosing. When players finish an adventure, a different folder collects their characters. This leaves the players of the next adventure less choice but at the same time it ensures that all characters and classes are being used. This gives the players ample opportunities to play characters they would not ordinarily play, and test out different roles. It also enables us to easily switch dungeon masters if needed.

A big adventage to running the campaign this way is that it gives me the opportunity to write reviews of the adventures that are being run. I’ve been wanting to add reviews to my website, but I want to have actually played or mastered the game I’m reviewing. This will for sure lead to less reviews as I could do when I just read a module, but I get a much better feel for a game after having played it.

Unlike for Organized Play, there are no restrictions with regards to classes, races, feats, and so on. Everything in the Pathfinder books published by Paizo is legal for play in this campaign.