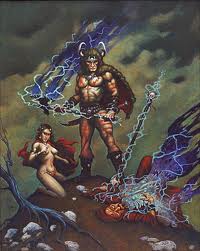 This is the introduction found on the Astonishing Swordsmen & Sorcerers of Hyperborea Kickstarter.

The project was already funded in January but I figured I could mention it here anyway. The author is Jeffrey Talanian, known from a number of Castle Zagyg products which he worked on under the guidance of Gary Gygax himself.

Astonishing Swordsmen & Sorcerers of Hyperborea will come out in a boxed set with two manuals, dice, a map, and charactersheets.

The boxes have already arrived at North Wind Adventures as can be seen below. The latest kickstarter update I received end of May stated that the dice were in as well. Character sheets were ready for print, covers for the Referee

‘s Manual and the Players’ Manual were at the printer, and the manuals were in layout. On The Acaeum Jeffrey confirmed recently however that layout was pretty much done and a final review was up next, followed by printing and shipping. 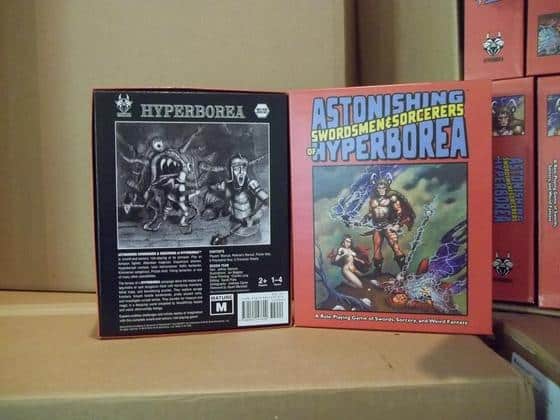