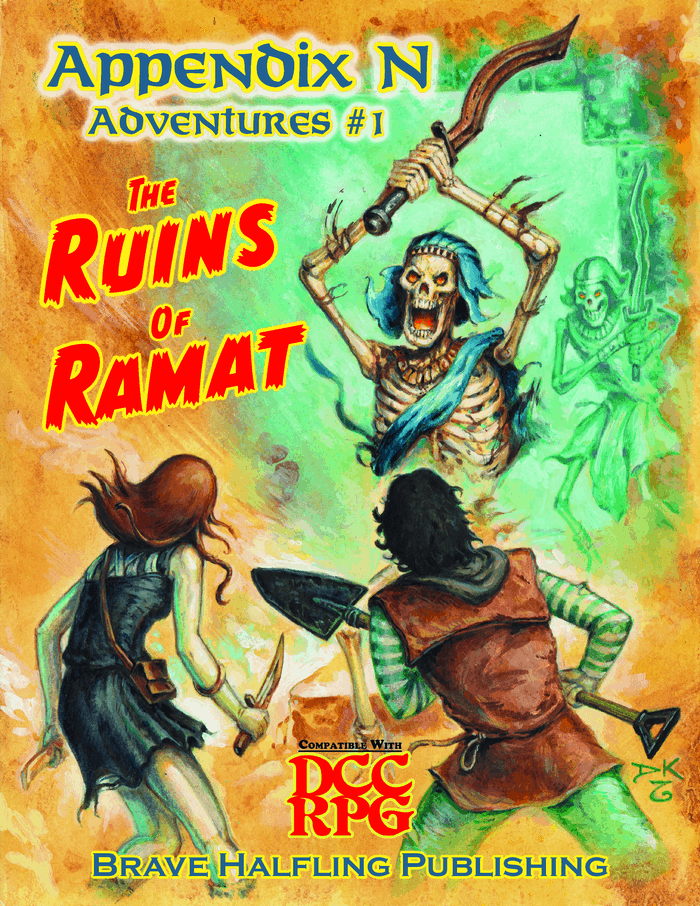 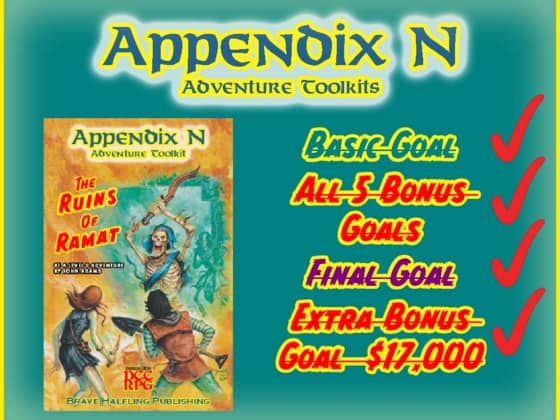 I must say John has put together a very nice deal with this one. A mere $20 gets you the ‘Ruins of Ramat’ adventure, a limited edition adventure ‘The Witch of Wydfield’ which will not be available in pdf or retail version afterwards, and a print and pdf copy of any of the bonus goal products. So in it’s current state this would mean another two adventures called ‘The Crumbling Tower’ and ‘Danger in the Sulyndri Forrest’.

If the kickstarter reaches $6000, another adventure called ‘The Revenge of Abudakar’ will be added. $10000 will bring a limited Appendix N Adventures Game Box to the table and in a recent update, John revealed that reaching $15.000 means the release of ‘The Old Isle Campaign Setting’, material that he was working on with none other than Gary Gygax before his passing.